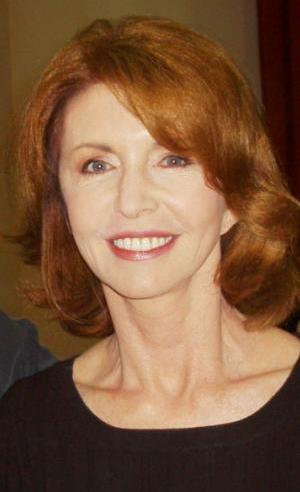 Jane Asher (born 5 April 1946) is an English actress, author and entrepreneur who achieved early fame as a child actress and has worked extensively in film and TV throughout her career.

Asher has appeared in TV shows and films such as ''Deep End'', ''The Masque of the Red Death'', ''Alfie'', ''The Mistress'', ''Crossroads'', ''Death at a Funeral'', and ''The Old Guys''.She has also appeared in two episodes of the 1950s TV series ‘The Buccaneers’ alongside Robert Shaw. She is also known for supplying specialist cakes and kitchenware, and publishing three best-selling novels. She was a key figure of 1960s UK entertainment and arts culture and was well known as the girlfriend and muse to Beatle Paul McCartney. Provided by Wikipedia
Showing 1 - 1 of 1 for search: 'Asher, Jane', query time: 0.09s
List  Tabulka
Search Tools: Get RSS Feed — Email this Search —
Loading...