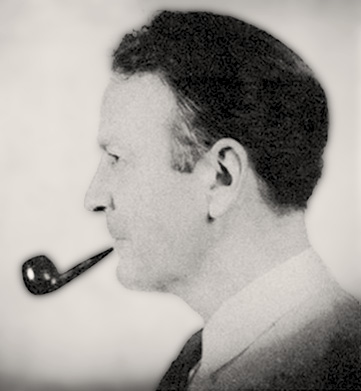 Raymond Thornton Chandler (July 23, 1888 – March 26, 1959) was an American-British novelist and screenwriter. In 1932, at the age of forty-four, Chandler became a detective fiction writer after losing his job as an oil company executive during the Great Depression. His first short story, "Blackmailers Don't Shoot", was published in 1933 in ''Black Mask,'' a popular pulp magazine. His first novel, ''The Big Sleep'', was published in 1939. In addition to his short stories, Chandler published seven novels during his lifetime (an eighth, in progress at the time of his death, was completed by Robert B. Parker). All but ''Playback'' have been made into motion pictures, some more than once. In the year before his death, he was elected president of the Mystery Writers of America.

Chandler had an immense stylistic influence on American popular literature. He is a founder of the hardboiled school of detective fiction, along with Dashiell Hammett, James M. Cain and other ''Black Mask'' writers. The protagonist of his novels, Philip Marlowe, like Hammett's Sam Spade, is considered by some to be synonymous with "private detective". Both were played in films by Humphrey Bogart, whom many consider to be the quintessential Marlowe.

At least three of Chandler's novels have been regarded as masterpieces, including ''Farewell, My Lovely'' (1940), ''The Little Sister'' (1949), and ''The Long Goodbye'' (1953). ''The Long Goodbye'' was praised in an anthology of American crime stories as "arguably the first book since Hammett's ''The Glass Key'', published more than twenty years earlier, to qualify as a serious and significant mainstream novel that just happened to possess elements of mystery". Four of his novels appear on the British-based Crime Writers Association Poll (1990) of the best 100 crime fiction novels ever published. Provided by Wikipedia
Showing 1 - 13 of 13 for search: 'Chandler, Raymond, 1888-1956', query time: 0.04s
List  Tabulka
Search Tools: Get RSS Feed — Email this Search —
Loading...